Well, to be honest, I’m not sure I feel like I’m heading backward, but I do feel like I am starting to come out of one of those phases. Kind of. I started the 12wbt in February last year and did 4 consecutive 12 week rounds. Since the end of the third round the scales have remained stable, despite a lot of really crappy nutrition choices. Now I could suggest that my body has needed the rest and time to adjust after shedding 30kg, and while that may be true, it’s probably more accurate to say that my brain had a bit of a meltdown. On and off it has been extremely messy in there and confusion has reigned supreme!

Dealing with university assessments, work stuff, heightened emotions from the Emazon convention in April, and having little time to sort any of it out (or more accurately, not making time), have combined to set me going backwards. At least it seems like it.

The Brave Girls Club (www.bravegirlsclub.com) has heaps of resources on their site and they shared an old blog post by one of their founders. It really resonated with me today when I read it. You can find it here. It talks about how even when you feel like you are going backwards, even if all you do is face forward to where you want to be while you’re travelling, you are still moving in that direction. Basically, keep your eye on the prize, even during the tough times.

After some recent not so pleasant events someone asked me, “when are you going to choose your life?” When it was said I was definitely not in the right frame of mind to hear it at face value. The comment was right though. I certainly haven’t been choosing to live the life I want. I have been sitting back and allowing it to be. It’s kind of like I’ve been expecting it to happen to me, rather than me going out to get it. I have a long history of that. For many years I have had people make allowances for my size. They offer to do physical stuff because I’m not able to do it. And I allow them to take over. It’s almost like I’m allowing them to live my life for me. *Light bulb moment*

As I sit here looking at the sentence I just typed I feel quite shocked. I have given away my power and decision making ability on all things personal. And when I am presented with the tools to make changes I choose not to use them, hoping that someone, or a series of someone’s, will put them into place FOR me, thereby absolving me of the responsibility.

Logically of course I’ve known for ages that I am the only one who can do this for me. And yet I’ve been waiting for other people to hand it to me so I don’t have to do the work. *sigh*

I want to say “will I ever learn?!?!” to myself. But I know that’s not going to do anything for me other than bring me down. I overthink. I analyse. Too much. My brain works overtime, especially when it comes to my own stuff. Not news to the people who know me well, I’m sure.

I have signed up to do the next round of the 12WBT. It’s time I take back my personal power. Figure out what I am capable of. I have big things destined for me. When am I going to choose my life? 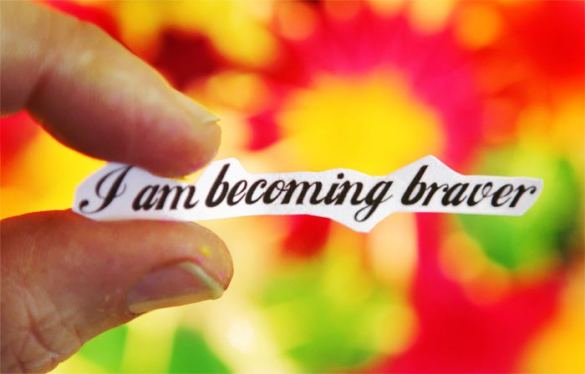 4 comments on “When you feel like you’re going backward …”

Tune in. Turn on.

The Mindset Effect
Can Anybody Hear Me?

A Caregivers Blog About Love, Care and Commitment

My journey from addiction to health..

More Than Mum
Loving My DID Girl(s)

I am breaking my silence and sharing my journey. You are the expert on your journey of living fully with PTSD, you just need to find your inner wisdom and trust it.

pieces of me
Lisa Jane

Journey to Fit
Real learning, for a change
Susan Korsnick

Pure You: Art and Soul

Mother, wife and HELLP syndrome survivor: How all of that catapulted me back to what I should have been doing all along.

My thoughts, my experiences and fitting it all in.